Skip to content
If you’re a football fan like me, especially one who watches international tournaments, you may have noticed this strange phenomenon: when the players are interviewed after an England game the foreign players are usually far more articulate and in some cases speak better English. It’s a touchy subject to write about for various reasons but there has long been an unspoken recognition that many British footballers are, well, let’s say unlikely to pick up a Nobel prize in a second career.
Right now in England there is considerable despondency and soul-searching over shexit as I call it: the national side’s latest abject performance in a tournament (in this case being knocked out of Euro 2016 by Iceland, the smallest country every to qualify for the finals of a competition) and people are offering all sorts of explanations and possible solutions. I have my own and it’s certainly different… 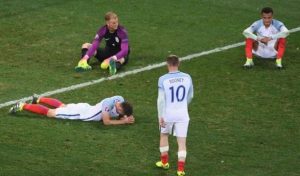 In the early part of Euro 2016 I was listening to former Germany and Arsenal goalkeeper Jens Lehmann being interviewed on BBC 5Live. He was talking about the Germans’ chances of success in the tournament initially (high, as ever) and then was asked about England. At this point I could feel that he was choosing his words very carefully – in excellent English of course – while at the same time wanting to express what all the other European football setups seem to understand but we can’t grasp. To paraphrase: 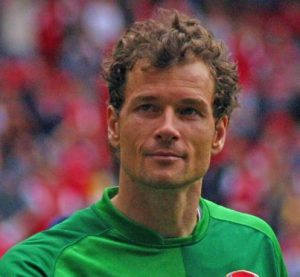 “I can’t see England being successful. It’s about tactical intelligence – the players are good footballers but they never do well in competitions because they don’t have the understanding to be able to change a game or adapt to the opposition’s approach to each match.
“In Germany we have a totally different system when it comes to education of young players. We think learning is important and in our nation every young footballer must go to school and be given a full education because we know the value of learning and how it can help a player in many ways.
“In England the best young players are taken out of the education system and given extra coaching with just a few hours schooling. They are missing out on the important mental development which helps them to think and develop tactical intelligence as players. In Germany young footballers are expected to get a full set of qualifications and pass exams – in the UK it is so different and I think this in many ways explains why you never win anything.”

Boof. Straight-talking, insightful and very interesting. And his theory is borne out by those interviews: the England players muttering and stuttering in front of the cameras (despite their expensive media training) and so often falling back on comically meaningless phrases like ‘to be fair’.
The thing is we don’t seem to care or mind in this country. We smile or giggle maybe and say, “Well, it’s about pride or hunger or courage (sorry, ‘bottle’) – it doesn’t matter if they’re a bit dim.” The few articulate, highly intelligent players that the country has produced in recent decades have also at times found themselves mocked and abused for example for reading The Guardian instead of The Sun, or for having a more informed opinion about politics or gay sportsmen and women. Graeme Le Saux springs to mind. And when we do come across a professional with a degree it’s often commented on like some kind of weird aberration.
So, can this ever change? Should we change the system and make young footballers stay on at school? I think the problem is that most would hate and resent it even if it did happen and they would probably learn next to nothing because of their attitude. They would see famous professionals walking round with their headphones and driving their fast cars and think, ‘I don’t need school’. 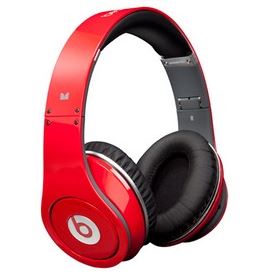 But wait, don’t despair, there isan answer. Have you ever noticed that bright people tend to read a lot? Those who are smart, those who do have qualifications are often to be found with a book.
But do footballers read? Not really – like many young people they tend to spend their time staring at screens: phone, console, TV, tablet etc. (It’s amazing how many of them go onto write a book ; ).
Young people who do read often catch the bug early: they are encouraged at home or at school or are taken to the library or given books as gifts or have stories read to them regularly. In the case of boys who are very sporty it’s books about sport – usually non-fiction – which have the greatest appeal. Soccer annuals, biogs of their favourite player or profiles of the team they support can get them reading. Sometimes it’s football fiction – the right author at the right time. 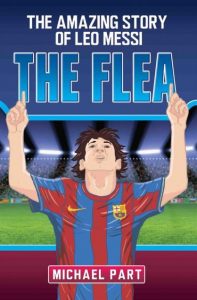 These kids can also be hooked by other types of books: humour, joke books, funny facts, Guinness World Records, miscellanies, ‘How to’ books, TV-tie ins. These are the types of books I write so I know them well. Yet in schools boys are often pushed towards novels which they find dull and unappealing. As an author who specialises in promoting reading for pleasure (especially with reluctant boys) I visit over 50 schools a year and meet thousands of kids who just don’t read but could become readers if they were encouraged by being given the right types of books. As I tell kids I meet: reading makes you clever. Those who get hooked on reading tend to do well at school and go on to academic success. 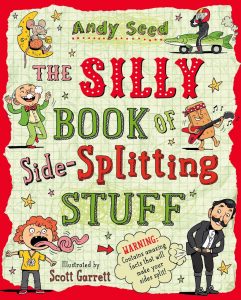 So, there we are FA, England can win the 2030 World Cup with a group of players who possess tactical intelligence – eleven men found reading on the team bus because someone gave them a brilliant, fun and relevant book when they were a kid.
The Razzle dazzle video (Older)
Seven Stories, Three Books and One Website (Newer)