I was very excited to be invited back to The Children’s International School in Lagos, Nigeria, this month after spending a few days there in 2015. This time I went with three other authors from the UK including my old friend Adisa the Verbalizer from London (who at six five is one of the few authors around taller than me). The week-long visit included doing all sorts of talks and workshops with children from Y1 to Y9!

We were greeted by the amazingly enthusiastic library team at the school led by the inimitable Keji – and we were astonished to see them wearing T-shirts with our pictures on, made specially for the visit.! The school also produced huge banners and loads of great displays – here I am alongside some other writer called Shakespeare… 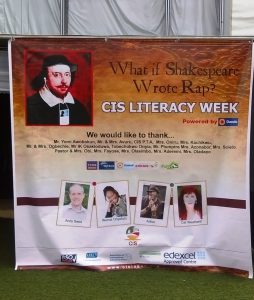 A lot of the week was spent signing T-shirts, books, and autograph collections – we were all issued with Sharpies and timetables and sent out to work with the children who are mainly Nigerian but include others from several nations (with English spoken everywhere – phew). The 35-degree heat was interrupted by odd bouts of thunder and rain but mostly it was just wonderful to be warm. 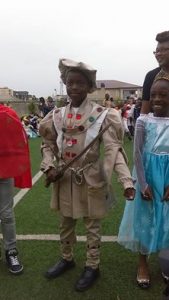 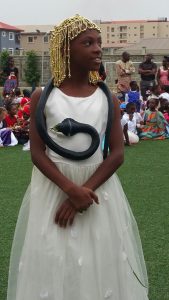 We went on a couple of trips across Lagos and saw some of the city (which is built on a series of coastal islands) including the amazing Makoko shanty town built on stilts in one of the lagoons. 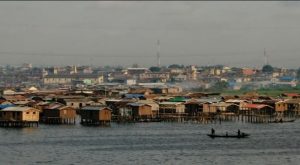 We also had a memorable evening at the Shrine of African music where we met Femi Kuti, Afrobeat musician and son of the legendary outspoken Fela Kuti. It was good to hear songs about human rights and campaigning against corruption. 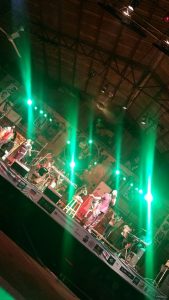 This was certainly no ordinary school visit! Thanks so much to the team at CIS and to Adisa, Cat and Ifeoma who were such good company during the week and to Authors Aloud who organised everything superbly.

A Little Tour of Wales (Older)
‘Poems for Pensioners’ is on the way! (Newer)