I’m currently stuck into writing the follow up book to All Teachers Great and Small and enjoying revisiting the wonderful Dales of the 1980s with its crusty locals and beguiling scenery. Yesterday I introduced a farmer character based on a friend of mine and, like everyone else in the book modelled on a real person, I gave him a new name.

But what name to use? If someone was called Albert you can’t rename him Darren. Likewise, a Chelsey (not that there were any in the Dales back then and probably still aren’t) can’t become a Maude. It’s a testy business but also great fun, especially if a fictional surname is thrown into the mix – although there’s always the worry that you might accidentally give your character the moniker of a real person from the area who thinks it’s him/her.

So, just to clarify, if you see your name in my books then it’s just a coincidence, honest! I’ve changed the names of places too, in the tradition of James Herriott and those who follwed him – I think it’s rather fun to try and guess where is where. Some places are more disguised thatn others, of course, but to anyone who knows the Dales well, certain towns and even villages may be recognisable. But, hey, I’m not going to make it easy! 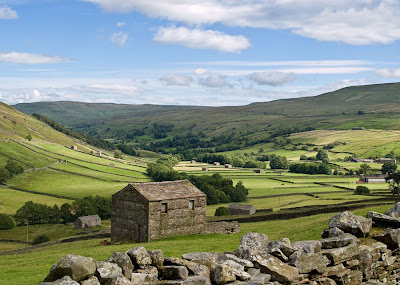