We invited 57 people round yesterday for a garden party, including about 30 kids. This was not a tea-and-cucumber-sandwiches-with-the-Queen affair. Nope. It was trampoline, tree house, swingboat, tennis, rope swing, volleyball, table footy, croquet-golf, paperchase and, thankfully only at the end, waterbombs. 150 waterbombs which now lie dead and burst across the lawn, like giant technicolour dandruff. But it was fun.

It was also blazing hot and many of the adults sought shade and cool drinks. The children meanwhile just tore round all afternoon, bouncing, chasing, climbing, swinging, hitting (tennis balls, not each other), running, hiding, eating and drinking. They did a lot of eating and drinking. We’ve done these parties for years and always ask people to bring a few things to nibble which are spread out on the kitchen table. This time the whole lot disappeared, apart from one sickly-looking iced bun which appeared to have been mauled by a toddler then returned.

I left a copy of my new book propped up on a cupboard so that people saw it when they went to the loo. The comments about the cover were very positive: were they just being polite? I don’t think so. You can tell, can’t you? Lots of them are coming to the big book launch on 23rd July at Hoppers in Malton, anyway. It’s now less than 3 weeks away! 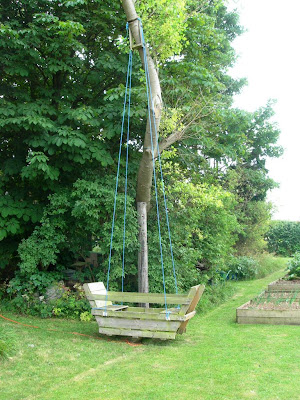 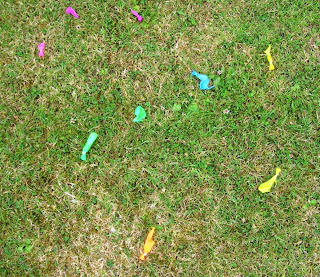 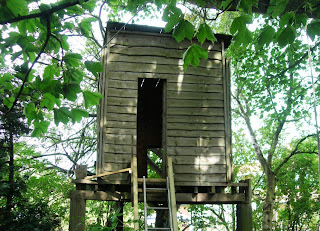