Applesett is the fictional village featured in my memoir All Teachers Great and Small. It’s based on the beautiful place where we lived in the Yorkshire Dales back in the 1980s and early nineties. The village was truly idyllic, with stone houses bordering a long green set on a rising ridge between two glorious valleys, with the huge layered bulk of the fells rising up behind it. There was a tiny school, a proper pub, a shop and, most wonderful of all, tucked away in a secret corner the village even had its own waterfall, a magical place where a dancing beck dropped over a hard ledge into a pool surrounded by trees, moss and rocks.

The talented Welsh naive artist Helen Elliott painted Applesett for the cover of the book and has done a marvellous job of capturing the place. And now another talented person has created it quite wonderfully in 3-D: my own wife Barbara, no less – star of the book and meister cake decorator. She had the idea for adding a touch of magic to the window display in our local bookshop, Hoppers of Malton, where ATGAS will be launched in just two weeks.

Barbara has made the model entirely from edible icing, using her extraordinary cake-finishing skillz (as my daughter would spell it) and I’m sure you’ll agree it really is superb. Every detail from the cover of the book is there, plus a few little extra additions and it’s all rendered with so much character. If you live locally don’t miss this sugar Applesett masterpiece in Hopper’s window – it’ll be there from Tuesday. 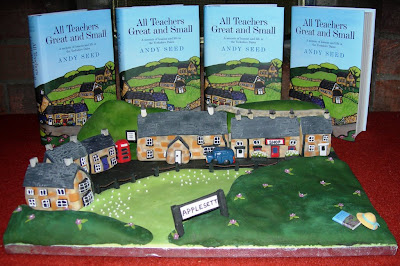 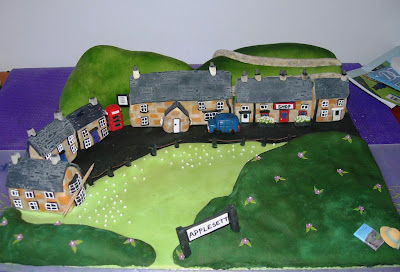 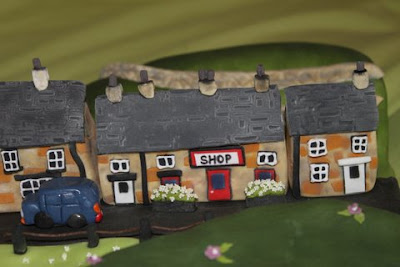 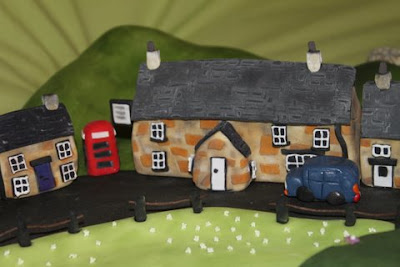 Names (Older)
What a poser (Newer)